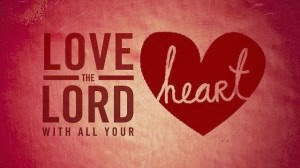 The most famous chapter in the Bible on love is 1 Corinthians 13. We often treat this chapter like a poem about love, printing it on greeting cards, reciting it at weddings, and placarding it on the walls of our homes. But this chapter is much more than a sentimental poem about warm fuzzies. In its original context, it is a heart-searching, gospel-drenched, portrait of Christianity in its highest ethical dimensions. It is a call to an immature and divisive congregation to prioritize the virtues of Christ over self-centeredness. It is a beacon shining the light of the eschaton into the darkness of this present age, showing us the more excellent way: the way of Christ, the way of love. As such, this chapter does nothing less than beckon us to a deep transformation of the heart – a radical reorientation towards Christ and the character he is forming within us.


The Formation of Character

In his thoughtful commentary on 1 Corinthians, Richard Hays observes that love “requires the formation of character.”


Love is not just a matter of feelings: feelings come and go, while love abides. Paul's description of the attributes of love [in 1 Corinthians 13] offers a picture of habitual actions and dispositions. One cannot merely decide in a day's time to start doing these things. They are learned patterns of behavior that must be cultivated over time in the context of a community that models and supports such behavior…the church should be a school for the cultivation of these habits and practices.[1]


In other words, 1 Corinthians 13 isn’t just about doing loving deeds, but forming loving character. There are a couple reasons for thinking Hays is onto something here.

First of all, Paul describes love in terms of its actions, using present tense verbs, which express “habitual as well as present actions.”[2] And habitual actions are indications of character.

But secondly, Paul calls love “a still more excellent way” (1 Corinthians 12:31). The word “way” (hodos) denotes a road or path along which someone walked. Walking along a way was a euphemism for following a set of teachings or living according to particular code of ethics.

When we see Paul describe love as the more excellent way, it’s helpful to remember this background. It reminds us that we’re on a journey, walking towards a specific destination. And this journey involves many slow, plodding, repeated steps along the way. Our destiny is the eschaton, the last day, when we will enter into the full consummation of our salvation in the eternal kingdom of God, where his grace will restore our fallen world once and for all. But the journey there is gradual, requiring us to take lots of steps (walking) and stay on the appointed path (perseverance). And the road, the path, the way, along which we walk, is the way of love.

How is Character Formed?

So how is this character formed? Last year I read N. T. Wright’s excellent book After You Believe. It’s all about the formation of Christian character. In fact, the subtitle of the book is “Why Christian Character Matters.” Wright helpfully summarizes how character transformation happens, saying:


Character is transformed by three things. First, you have to aim at the right goal. Second, you have to figure out the steps you need to take to get to that goal. Third, those steps have to become habitual, a matter of second nature.[3]

Then Wright gives some helpful illustrations. He says forming character is in many ways like learning a second language. That, of course, involves serious intention and really hard work. You have to learn vocabulary words. You have to go over it again and again. You slowly have to learn to speak the language, read it, and so on. And the goal is to get the place where you’re no longer translating in your head (this German/French word means this in English), but instead you’re actually able to think in the other language. It becomes second nature.

Or think of learning to play a musical instrument. You of course have to learn the mechanics of the instrument, how it works and so on. You have to play scales or cords – a lot. You start with simple pieces and move on to more complex pieces over time. And you have to practice – a lot. Some research says that it takes about 10,000 hours to really develop competence in this kind of complex skill.

As Wright points out, both learning a second language and learning to play an instrument help us understand how the formation of character works. It takes time. It takes intentionality. It requires regular, repeated practice. You will make lots of mistakes along the way. But over time you develop fluency, competency.

And this is the way it is with love. With time, intention, and sustained effort, and in conscious reliance on the grace and power of the Holy Spirit, you learn the language, the music of love.

Now, to be practical, this is how you might go about it. If you have a serious intention to follow Jesus in the way of love, consider doing the following exercise. Take 1 Corinthians 13 line by line and try to visualize what it would look for you to be this kind of person. “Love is patient, love is kind” – what would it look like for you to be patient and kind in you relationships? Think about your roommate, or siblings, or if you’re married, your spouse. Consider the members of your small group or church.

Ask the Holy Spirit to show you where this isn’t true in your life. Where are you failing to be patient and kind? Ask him to show you specific ways, times, and places when you’ve been impatient and unkind. Think specifically of the people with whom you have poor relationships: where there is conflict or difficulty or unhappiness? Where are you returning evil for evil? Is there anyone you need to forgive? Have you harbored hurt? Are you nurturing the slow-growing seeds of resentment? Have you been cruel to anyone? Are you withholding good from someone?

Then ask God for the grace to repent and change. Ask him for both the ongoing desire and sustained energy to behave in different ways. And then seriously commit yourself to acting in just those ways, and change will begin to happen.

As C. S. Lewis describes the process in a well-known passage from Mere Christianity:


Do not waste time bothering whether you ‘love’ your neighbour; act as if you did. As soon as we do this we find one of the great secrets. When you are behaving as if you loved someone, you will presently come to love him.... This same spiritual law works terribly in the opposite direction…. The more cruel you are, the more you will hate; and the more you hate, the more cruel you will become—and so on in a vicious circle for ever. Good and evil both increase at compound interest. That is why the little decisions you and I make every day are of such infinite importance. The smallest good act today is the capture of a strategic point from which, a few months later, you may be able to go on to victories you never dreamed of. An apparently trivial indulgence in lust or anger today is the loss of a ridge or railway line or bridgehead from which the enemy may launch an attack otherwise impossible.[4]

The Personification of Love

But finally, we must remember that the highest example, the greatest demonstration of love, is Jesus himself. In one of his sermons on 1 Corinthians 13, Tim Keller observes that Paul doesn’t just tell us to be patient and kind. Paul doesn’t really even command us to be loving people. In fact, “love” is the subject of the verbs. He is showing us what love looks like. “No, he says ‘Love must be…’ He personifies love.”[5]

Don’t you see? 1 Corinthians 13 is a character description of Jesus. And we must see this, or trying to live by 1 Corinthians 13 will become just another law, as crushing as trying to earn salvation by keeping the Ten Commandments.

But if we read this passage and see in it the portrait of our Savior: the face of Love himself who was crucified for our lovelessness, the One whose resurrection ushers us into the power of age to come, and into whose image we are now being remade, then the passage functions not as a crushing burden to be borne, but as a warm and inviting light towards which we walk. As Keller says, “Before love is a behavior to a Christian, love is an experience. You have to meet love before you can ever do it.”[6]

Have you met Love?

No one described this encounter with Love Incarnate more eloquently than the English poet George Herbert. So, I’ll give him the last word.

This post was published by Servants of Grace. Be sure to check out the many helpful resources for spiritual growth at their site.