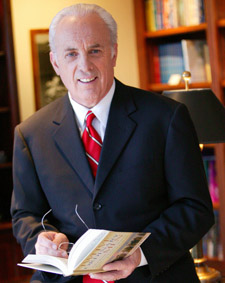 Check out John MacArthur's wise and well-researched article, Social Media and Digital Discernment. MacArthur provides five cautions to guide believers in their use of social media, such as Facebook and Twitter. Here they are in very abbreviated form. Go to the link above to read the full article.

First, consider the façade of friendship that can be created by social networking. It has the potential to foster shallow relationships and detract from real ones. Instead of enhancing deep friendships, it tends to flatten out and impersonalize the dynamics of human interaction—creating what Umair Haque calls “thin relationships.”

Social networking gives the illusion of knowing everyone, and yet the reality is that oftentimes no one is truly known. It creates an environment where selfish, one-sided relationships seem to flourish, and where communication is largely unidirectional, made up of sound bites instead of deep interaction . . . As believers, we are called to love, encourage, instruct, admonish, and serve one another. That requires far more than social media can provide. The life-on-life discipleship that characterizes Christian friendship goes much deeper than any Facebook update or Twitter post. In so far as our fellowship is limited to 140 characters of text, it is not true fellowship at all.

The book of Proverbs tells us that, “He who spreads slander is a fool. When there are many words, transgression is unavoidable, but he who restrains his lips is wise” (10:18b-19). A maxim for all of life, that statement certainly applies to social media . . .But even beyond the world of slander, one has to wonder how many careless words are posted, texted, or tweeted every moment of the day. Statistics suggest that there are about 700 Facebook status updates and over 600 tweets every second.13 Even if some of those are profitable, that still leaves a lot of empty chatter. Our Lord addressed this issue directly in His statement, “Every careless word that people speak, they shall give an accounting for it” (Matt. 12:36).

According to recent statistics, the average American worker spends almost six hours a month visiting social networking websites during work time. The majority of that time is spent on Facebook. But this is not just about wasting time at work. It’s about wasting time, period. By its very nature, social networking is a massive distraction. It detracts from disciplined study, thoughtful meditation, and concerted prayer . . .People can spend hours jumping from link to link without even realizing how much time they are wasting. As author Ivan Misner explains in Business Week, “You go to LinkedIn or Facebook and you read a comment and it takes you to another link and now you’re on YouTube, watching someone’s video. Pretty soon something weird happens in the space-time continuum and you look up and you’ve lost two hours.”

As believers, the command of Ephesians 5:15–16 is just as binding upon our modern lives as it was in the non-technological world of the first century. “Therefore be careful how you walk, not as unwise men but as wise,making the most of your time, because the days are evil.” Paul’s exhortation has massive implications for how we interact with social media. One day we will stand before Christ to give an account for how we used His resources (including our time and energy). With that in mind, how much of this life can be justifiably devoted to Twitter, Facebook, YouTube and the like? Just a few hours each day, over the course of a lifetime, adds up to years of wasted opportunity.

Putting the ME in Media

If there is one word that perhaps best describes social media it is this: self-promotion. The narcissism fostered by status updates and tweets is undeniable . . . But the me-centered world of social media is clearly at odds with the biblical call to humility and selflessness.

None other than National Public Radio recently lamented the growing trivialization of values in American society.In an NPR web article entitled, "Trivialization Nation” (Feb. 2010) Linton Weeks writes, “The wide-spread trivialization of meaningful things is indisputable. Sound bites and silliness reign supreme. . . . Perhaps the tendency to trivialize is born of band-wagonism or laziness. . . . Trivializing large ideals is easier than living up to them. And it’s less scary.”

Geoff Dyer, writing in The Guardian, echoes that concern: “Sometimes I think my ability to concentrate is being nibbled away by the internet; other times I think it’s being gulped down in huge, Jaws-shaped chunks.” A CNBC article entitled, “Is Twitter Making You Stupid?” concludes with this sobering assessment: “It seems that we’ve managed, in the words of playwright Richard Foreman . . . to transform ourselves into ‘pancake people’—spread wide and thin as we connect with that vast network of information accessed by the mere touch of a button." While scientists and social critics debate the effects of social media on how we think, one thing remains clear: Christians must guard themselves against becoming theological pancakes.

I appreciate Dr. MacArthur a lot but given he has said publicly that he doesn't even own a computer, he might want to leave social media issues to those that do.

That article of John MacArthur is really good. It's nice how he associated social media to digital discernment.