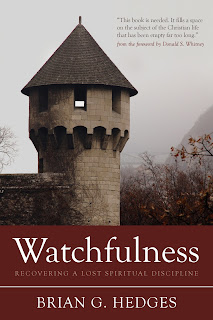 When I was eighteen, I fell asleep at the wheel. My dad was preaching at a church two hundred miles from the farm where we lived in Tokio, Texas. We left early enough that morning to make the three-hour drive and arrive before the hymns began. I was driving while Dad went over notes for his sermon, prayed, and took a brief nap.

We both woke up at the same time, as the minivan careened right, then bounced along the wide shoulder of the straight (and mercifully empty) Texas highway.

Both of us were startled.

No one was hurt.

I’ve never forgotten the experience, and two decades later I’m more cautious, more wakeful, and more alert to the danger of drowsiness—especially when my family of six makes the long trek from Indiana to Texas or Georgia to visit family. I’ll do anything to stay awake: Roll down a window. Chew straws. Eat sunflower seeds. Drink absurd amounts of caffeine. Slap myself in the face. The frightening realization that my vehicle, traveling the interstate at seventy miles an hour, is only a few careless seconds away from a fatal collision makes me vigilant. As long as I’m behind the wheel, sleep is not an option.

Watchfulness demands wakefulness. If the eyes are shut in slumber, they are not open for observation. You cannot be alert and asleep at the same time. When Jesus told His disciples to watch and pray with Him for one hour, He was telling them to stay awake. There is, therefore, a physical dimension to this discipline.

In The Christian in Complete Armour, William Gurnall explains watching in both literal and metaphorical senses. “Watching, literally taken,” he says, “is an affection of the body . . . a voluntary denying of our bodies sleep, that we may spend either the whole or part of the night in pious exercises.” As fasting is temporary abstinence from food, so watching is temporary abstinence of sleep.

This is the sense in which Paul lists “watchings” among his ministerial credentials in 2 Corinthians 6:5: “in stripes, in imprisonments, in tumults, in labours, in watchings, in fastings” (KJV).

We also see the literal aspect of watchfulness in David’s earnest pursuit of God in Psalm 63:6: “When I remember You on my bed, I meditate on You in the night watches.” The psalmists compare themselves to sentinels, entrusted with guarding the city through the long, lonely vigils of night. So we read in Psalm 130:6

And in Psalm 119:148: “My eyes are awake through the night watches, that I may meditate on Your word.”

Jesus Himself observed such vigils, either praying long into the night or rising before dawn to meet with God (Luke 6:12; cf. Mark 1:35), and believers should sometimes do the same. As Gurnall says, “No doubt, for a devout soul, upon some extraordinary occasions—so superstition be avoided and health regarded—thus to watch unto prayer is not only laudable but delectable.”

But wakefulness in Scripture is more often a picture for mental and spiritual watchfulness. Gurnall observes, “Watching is taken metaphorically for the [vigilance] or watchfulness of the soul,” and, in this sense, watching “is not a temporary duty,” but the urgent and ongoing posture of one’s life.

We see this in Romans 13:11, where the apostle Paul reminds believers that the hour has come for them to awake from their sleep. But he is not rebuking them for taking a nap. Paul isn’t against Christians getting their seven hours of sleep or catching a few Z’s on a Saturday afternoon. Siestas are not a necessary hindrance to one’s sanctification. No, Paul writes about spiritual slumber. He seeks to rouse his Roman friends from the moral stupor of sin. Here are his words in full:

And do this, knowing the time, that now it is high time to awake out of sleep; for now our salvation is nearer than when we first believed. The night is far spent, the day is at hand. Therefore let us cast off the works of darkness, and let us put on the armor of light. Let us walk properly, as in the day, not in revelry and drunkenness, not in lewdness and lust, not in strife and envy. But put on the Lord Jesus Christ, and make no provision for the flesh, to fulfill its lusts. (Rom. 13:11–14)

The next verse clarifies and extends the analogy: “The night is far spent, the day is at hand.” The day Paul has in mind is the day of the Lord, the final, eschatological day, the great day of salvation and judgment—salvation for the church, judgment and wrath for the unbelieving, disobedient world. Paul writes with a two-age schema in mind, viewing human history in terms of two eras, the present age and the age to come. The present age is the night, the age of darkness. The age to come is the day, the age of life and light. Believers live in the overlap of the ages. We are children of the future day, children of the light, and yet we live in the present age of darkness, the age of night. But since we are children of the light, we are to “cast off the works of darkness, and . . . put on the armor of light.” We are to throw off the nightclothes and get dressed for the dawning day.

Paul also used this schema in writing to the Thessalonians when he addressed believers who knew that the day of the Lord would come like “a thief in the night” (1 Thess. 5:2). Though this day will surprise the spiritually unprepared, who vainly assure themselves of peace and security, believers will not be surprised: “But you, brethren, are not in darkness, so that this Day should overtake you as a thief. You are all sons of light and sons of the day. We are not of the night nor of darkness” (1 Thess. 5:4–5). How, then, should we live?

Therefore let us not sleep, as others do, but let us watch and be sober. For those who sleep, sleep at night, and those who get drunk are drunk at night. But let us who are of the day be sober, putting on the breastplate of faith and love, and as a helmet the hope of salvation. (1 Thess. 5:6–8)

This is the sobriety, the alertness, and the wakefulness to which we are called. As people who belong to the day, we must be mentally sober and morally alert, dressed in the Christian armor of faith, hope, and love. To be watchful is to be wakeful.