Does God Ordain Suffering or Oppose It? 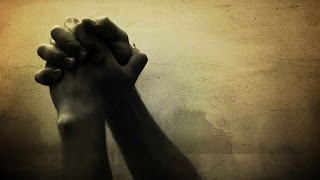 A recent episode of The Gospel Coalition's podcast featured a discussion between John Piper, Matt Chandler, and David Platt about God's goodness in suffering. A tweet from TGC provoked some negative reactions from several high-profile Christian thinkers, including Jefferson Bethke, Brian Zahnd, and Jonathan Merritt. The main perspectives expressed in this debate seem pretty polarized at first glance: either God ordains suffering for his good purposes or God opposes suffering as an enemy invasion in the world he created.

My guess is that most of those commenting through tweets are actually more nuanced in their theology than either of those simple propositions (both of which, I believe, are biblical) indicates. And the problem with so much of our online theological discourse is that it is hard to do good theology in short sound-bites and 140 character tweets.

I would say that any discussion of human suffering rightly begins with a two-part recognition.

1. First, suffering is an alien invasion into God’s good creation that results from human rebellion and sin.
2. Second, suffering is addressed by our saving God in the cross and empty tomb of Jesus.

This second reality asserts something remarkable: when God allowed sin to enter this world, even he was affected. It is not only humanity that has suffered as a result of sin. God himself chose to suffer both with us and for us, in order to rescue and redeem the good world he created.  As D. A. Carson thoughtfully writes:

When Christians think seriously about evil and suffering, one of the paramount reasons we are so sure that God is to be trusted is because he sent his Son to suffer cruelly on our behalf. Jesus Christ, the Son who is to be worshiped as God, God’s own agent in creation (John 1:2-3), suffered an excruciatingly odious and ignominious death. The God on whom we rely knows what suffering is all about, not merely in the way that God knows everything, but by experience. [1]

The ultimate answer to human suffering, then, is in the suffering of God himself through the cross. The letter of Hebrews says that Jesus was “crowned with glory and honor because of the suffering of death, so that by the grace of God he might taste death for everyone” (Heb. 2:9). God, the eternal one, the source of all life, suffered the taste of death; his plan for bringing many sons to glory was only accomplished by making “the founder of [our] salvation perfect through suffering” (Heb. 2:10; cf. 5:10). This means Jesus is a high priest who sympathizes with our weaknesses, since “in every respect [he] has been tempted as we are, yet without sin” (Heb. 4:15; cf. 2:18). Jesus knows our pain.

Our God, revealed in Jesus Christ, is unique among the religions of the world. He alone has entered into the reality of our suffering. “Jesus of the Scars,” a poem written by Edward Shillito in the wake of World War I, beautifully captures this:

If we have never sought, we seek Thee now;
Thine eyes burn through the dark, our only stars;
We must have sight of thorn-pricks on Thy brow;
We must have Thee, O Jesus of the Scars.

The heavens frighten us; they are too calm;
In all the universe we have no place.
Our wounds are hurting us; where is the balm?
Lord Jesus, by Thy Scars, we claim Thy grace.

If, when the doors are shut, Thou drawest near,
Only reveal those hands, that side of Thine;
We know to-day what wounds are, have no fear,
Show us Thy Scars, we know the countersign.

The other gods were strong; but Thou wast weak;
They rode, but Thou didst stumble to a throne;
But to our wounds only God’s wounds can speak,
And not a god has wounds, but Thou alone....[2]

The writers of Scripture felt the reality of suffering keenly and addressed it often. One of the most profound passages addressing suffering is found in Romans 8. Paul’s words offer an insight that should radically transform our perspective on suffering. Here is one of the keys to understanding how and why God works out his purposes in our lives. In this passage we see that God uses suffering—all suffering, without exception—to accomplish his ultimate purpose and our everlasting good. God uses suffering to conform us to the image of Christ.

And we know that for those who love God all things work together for good, for those who are called according to his purpose. For those whom he foreknew he also predestined to be conformed to the image of his Son, in order that he might be the firstborn among many brothers (Rom. 8:28-29).

Notice that Paul doesn’t say suffering itself is good. He says all things (including suffering) work together for the good of Christians. The context of this passage makes it especially clear that Paul has suffering in mind, for he refers to “the sufferings of this present time” (v. 18), the created world’s “bondage to decay” (v. 21), our “groaning” for the future redemption of the body (v. 23), and the reality of suffering and persecution for the name of Christ (v. 17, 35-36).

So suffering is not good, but God uses it for good. I find the distinctions made by C. S. Lewis wise and helpful:

Suffering is not good in itself . . . In the fallen and partially redeemed universe we may distinguish between (1) the simple good descending from God, (2) the simple evil produced by rebellious creatures, and (3) the exploitation of that evil by God for His redemptive purpose, which produces (4) the complex good to which accepted suffering and repented sin contribute.[3]

The good promised in Romans 8:28-29 is a “complex good” in which the dark threads of evil and suffering, culminating in the cross, are woven together by God to accomplish his ultimate purpose. He aims to produce a new race of human beings, restored in his divine image, who will live in a new world.

So does God ordain suffering or oppose suffering? Is suffering our enemy or God's gift? The answer is complex. In and of itself, suffering is not good. But God exploits suffering for good, and this is part of his sovereign plan.

This post is a lightly edited excerpt from chapter 11 of my book Christ Formed in You: The Power of the Gospel for Personal Change.

Email ThisBlogThis!Share to TwitterShare to FacebookShare to Pinterest
Labels: Christ Formed in You, Suffering

I fully agree with the two-part recognition that you led with. I like the imagery of 'alien invasion'.

Nice observation on the context of suffering for Romans 8:28-29. That was a helpful insight for me.

As often in these debates, the question comes down to agency or causation. Although not fully worked out in my mind, I'm generally uncomfortable with attributing agency of bad things to God. And since I usually take 'ordain' to imply agency/causation, I'm equally uncomfortable with that framing of the issue.

Haven't read Zahnd, but listened to an interesting interview he did with John Chandler on the Sermon Smith podcast. That was my first introduction. I've got some of his books on my Amazon wish list now. :)