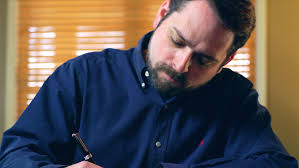 This post is about books I'd like to write. As someone who has been teaching and preaching for over twenty years, I've accumulated thousands of pages of content and lots of ideas for books. I always have a list of books I'd like to write, along with raw material filling up Word docs and Evernote. Some of these books will eventually be written, and hopefully published, while others will never see the light of day.

So, I'm writing about some of my book ideas, and am doing so with two goals in mind:

First, I'm interested in the response of readers. Several thousand people cycle through this blog every month, but only a few leave comments. I would like to hear from you. In particular, I'd like to know which (if any) of the ideas below grab your attention.

Second, I'm curious to see if an acquisition editor somewhere might respond to one or more of these ideas. Having published several books now and knowing a little bit about the filtering process, I don't have high expectations. But who knows? The digital age has changed a lot of things. (I have a friend who married someone they met through Twitter!) So maybe there is a publisher out there somewhere who is looking to pick up a new author, but one who already has some published books to their name. And maybe one of these ideas will spark enough interest to generate a conversation.

So here are some of the projects I have in mind. For each one I am writing a one-sentence description of the book idea, one or more potential titles, a brief synopsis, and why I want to write it.

1. Idea: A book on the biblical metaphors of thirst, fountains, rivers, and water.

Synopsis: This book would show that God is the fountain of living waters, and therefore the only true satisfaction for our soul's thirst. Here is a rundown of the chapters. I would cover: man's longing for God (chapter 1); how the Triune God is himself the source of life and satisfaction (chapter 2); how we have turned from God to idols (chapter 3); the fatal consequences of that choice (chapter 4); how Christ has born the consequences of our idolatry on the cross (chapters 5-6) and now invites us to come to him for salvation (chapter 7) and the gift of his Spirit (chapter 8); and finally, how God satisfies our souls even as we journey through "the valley of tears" (chapter 9), but promises that someday we will be thirsty no more (chapter 10).

Here are the chapter titles:

Why I want to write it: When I was a kid, I began to experience longings and desires that were bigger than any experience in this world could satisfy. I didn't know how to categorize these desires until I started reading C. S. Lewis, and later John Piper, Jonathan Edwards, and Saint Augustine. From Lewis I learned about sehnsucht, the inconsolable longing, while Piper gave me the categories of Christian Hedonism and set me on a life-long study of Jonathan Edwards who spoke of God as a fountain. As the years have passed, I have noticed how often the Scriptures use the rich imagery of thirst for water as a picture of our longing for God. See, for example, David's soul thirst in Psalm 63, or Jesus's conversation with the woman at the well in John 4, or his promise of the Holy Spirit in John 7. This book would be my attempt to explore that biblical imagery in a semi-autobiographical way, weaving in the insights I've learned from Lewis, Piper, Edwards, Augustine and others, along with the echoes of this inconsolable longing in many of our films, songs, and stories.

2. Idea: A manual for spiritual warfare and Christian living based on Paul's description of the armor of God in Ephesians 6.

Potential titles: Put on the Gospel Armor; or Armed and Dangerous: Standing Strong in the Armor of God.

Synopsis: This book would be a biblical and practical study of the realities of spiritual warfare in the everyday life of Christians. Based on a careful study of Paul’s most extensive treatment of spiritual warfare (Ephesians 6:10-18), this book would be written with the two-fold conviction that we have a real and dangerous adversary, and that Christ our brother, captain, and king has given us everything we need for standing in triumph against the powers that assail us. I would devote a full chapter to each piece of armor, weaving in both research from current scholarship on Ephesians and many of the rich insights on the armor from the Puritans and their heirs (especially Richard Rogers, John Bunyan, and William Gurnall).

Why I want to write it: I've always been intrigued by Paul's description of the Christian's armor. My interest has only grown over time, especially as I've come to see how the seventeenth-century Puritans used the armor to provide pastoral instruction for the whole of Christian living. William Gurnall alone wrote over 1200 double-columned pages of fine print! I think a fresh treatment of the armor of God for 21st century Christians would be useful, especially if it makes the insights from the Puritans more accessible, while still addressing modern pastoral needs and concerns.

3. Idea: A pastoral and theological treatment of the ministry of the Holy Spirit.

Potential titles: Spirit of the Living God; or The Breath of God: Life in the Spirit

Synopsis: This would be a full-scale treatment of the doctrine of the Holy Spirit, written for the person in the pew. It would cover everything from the Spirit's deity and personhood to his unique ministry to believers in the new covenant, including chapters on Jesus' promise of the Spirit, the meaning of Pentecost, the nature and necessity of regeneration, the Spirit's role in sanctification, what it means to be filled by the Spirit, how spiritual gifts function the church, the Spirit's role in revival, and more. I would be writing from an Evangelical Reformed position, with Cessationist leanings - though not without sympathy for those who believe all the gifts of the Spirit continue today.

Why I want to write it: One reason is because most books on the Holy Spirit written from my theological perspective are either too academic for the average reader or very old. Books written on a popular level are often more inspirational than theological. What is needed (in the tradition of J. I. Packer's excellent book Keep In Step with the Spirit) is a fresh theological study, written with ordinary Christians in mind. I also want to write this book as something of a sequel to my first book Christ Formed in You: The Power of the Gospel for Personal Change, which was an attempt to present a comprehensive and gospel-centered approach to spiritual formation in the Reformed tradition. There is a lot about the Holy Spirit in Christ Formed in You, but not a systematic treatment. A third reason I'm interested in writing this book is that I'd like to synthesize the insights of John Calvin, John Owen, and Jonathan Edwards with the insights of more contemporary Reformed theologians such as Richard Lovelace, Richard Gaffin, Sinclair Ferguson, and Graham Cole - but in a way that ordinary people will enjoy reading.

4. Idea: An examination of spiritual formation and the practice of spiritual disciplines in the writings of John Owen.

Potential title: Renewed in the Image of God: Learning from the Spirituality of John Owen

Synopsis: This book would present a careful study of the themes of spiritual renewal and the Imago Dei (image of God) in Owen's writings, along with a detailed exposition of Owen's practical instruction on the exercise of faith in and through the means of grace and what we now call spiritual disciplines.
Why I want to write it: Some very good books have been written on John Owen, including Sinclair Ferguson's classic John Owen on the Christian Life, and more recently, Owen on the Christian Life: Living for the Glory of God in Christ by Michael A. G. Haykin and Matthew Barnett. Both of these are excellent additions to the growing corpus of Owen scholarship. But with twenty-four thick volumes to Owen's credit, no single book can cover everything. In my own study of Owen, two things I've noticed are; first, how frequently Owen discusses the renovation (or renewal) of God's image in believers (this shows up, for example, in both Owen's Christological treatises in volume 1, as well as his books dealing with sanctification in volumes 3 and 6); and second, how many of Owen's theological works include chapters full of rich, practical, pastoral instruction on spiritual practices such as watchfulness, meditation, prayer, and confession of sin. I think there are rich veins of theological and pastoral gold to be mined in Owen's Works. One more reason why I want to write this book is that I want to research it.

Well, there you have it. If you read all the way to the end, do me a favor and vote in the comments:  which book are you most interested in reading and why?

Hi Brian: I'm packing today to head off to India tomorrow (Fri). But I wanted to be sure to respond before I left.

All four look great -- but I vote for number 4 on John Owen. Why? --- because it will fit so well with your other books and will be an extension of them as you have worked with Owen's concepts in those previous books. I think it would be so good for you to keep tracking down that path with this new idea for a book. Also, there is such a huge interest in Owen currently, that I think you would be able to reach a large readership. Go for it, my friend.
Dan S.