Is the Christian Life about Running or Resting? 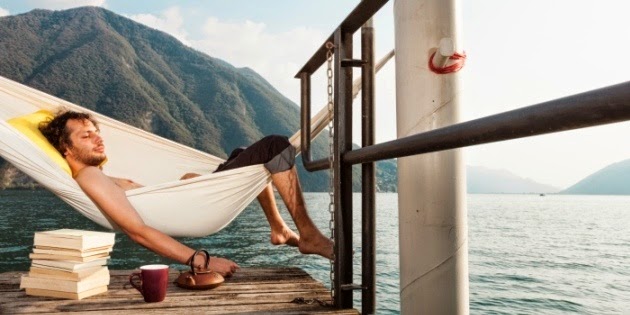 In 2009, Time magazine named “the new Calvinism” as one of the 10 ideas currently changing the world. The burgeoning movement brought several streams of conservative evangelicals together, ranging from Baptists to Presbyterians to Reformed Charismatics, best represented through organizations and conferences like Together for the Gospel and The Gospel Coalition. But in recent months an intramural debate within the movement made headlines when author, pastor, (and grandson of Billy Graham) Tullian Tchividjian, was asked to leave The Gospel Coalition.
The issues surrounding this rather public “break up” are complex, but at least part of the brouhaha concerns differing perspectives on sanctification. Some have accused Tchividjian of antinomianism [1] and denying the “third use of the law” [2] (charges he has repeatedly denied, most recently in an interview with Janet Mefford.)
Kevin DeYoung, one of Tullian’s main interlocutors, has compiled a list of agreements and possible disagreements between the two sides. These questions certainly deserve careful thought, as do the varied responses to the debate from voices as diverse as Rick Phillips, Mark Galli, and R. Scott Clark.
Without responding directly to Tullian, his accusers, or defenders, I think one possible way forward in this debate is to pay closer attention not just to the distinctions between law and gospel (as important as these are) but to the metaphors and word pictures the Scriptures use when describing the lives of believers. For ordinary believers, who can easily get lost in the complexities of theological jargon, the vivid imagery of the Bible itself is both refreshing and a wonderful means of keeping us balanced.
For example, Scripture describes our lives in terms of a journey and an athletic competition. We are commanded both to walk and to run. These are strongly active metaphors that emphasize the need for continuous movement and strenuous effort. But Scripture also uses agricultural metaphors like remaining in a vine and bearing fruit (John 15). In Galatians 5:19-23, Paul seems to deliberately contrast the fruit of the Spirit with the works of the flesh, reminding us that developing the Christian virtues of love, joy, peace, etc. isn’t merely a matter of self-effort and will power, but of supernatural empowerment.
But there’s more. In addition to the athletic and agricultural images, biblical writers employ metaphors from the realms of architecture (foundation, stones, buildings, edification), medicine (sin as a sickness, Christ as physician, his word as both a surgical knife and healing remedy), the military(soldiers, battles, discipline, armor), and more. We are encouraged to both labor (1 Thessalonians 1:3) and rest (Matthew 11:28-30), trust (Romans 15:13) and obey (Philippians 2:12-13), look out for others (Hebrews 10:24-25) and examine ourselves (2 Corinthians 13:5), keep ourselves (Jude 21) and depend on the power of God to keep us (Jude 24).
These pictures are rich and diverse and we need all of them. If we take any one image by itself, we run the risk of becoming lopsided in our focus. For example, if we only emphasize the architectural and “body” metaphors in 1 Corinthians, people might be inclined to think the corporate dimensions of Christian living are more important than individual and personal responsibilities. An exclusive focus on resting in Jesus could lead others to infer that any call to effort or discipline is legalistic. On the other hand, the military and athletic imagery in Scripture, calling us to fight the good fight of faith (1 Timothy 6:12) and run with endurance the race set before us (Hebrews 12:1-2), needs the balancing word-picture of abiding in Jesus, the true vine, apart from whom we can do nothing (John 15:5).
The Christian life, you see, is not dependence to the exclusion of discipline, or vice-versa. It’s both. It’s not just a me-thing or a we-thing. It’s both. It’s running and resting. Believing and obeying. Together and as individuals.
I believe that folks on all sides of the current sanctification debate desire to honor God and his word, rest in the good news of Christ’s finished work, and grow in grace. We all need to pay close attention to the text of Scripture and be careful to avoid rhetoric that is either theologically misleading or disparaging to others. Disagreements will likely continue. But whatever side of the debate we find ourselves on, let’s not forget that the Christian life involves both resting in Christ and his finished workand running with everything we’ve got for the prize set before us.
This post was originally written for Christianity.com. For more on this issue, see my latest book, Active Spirituality: Grace and Effort in the Christian Life.
Notes
1. “Antinomianism so stresses Christian freedom from the condemnation of the law that it underemphasizes the need of the believer to confess sins daily and to pursue sanctification earnestly.” S. B. Ferguson, J. I. Packer, ed., New Dictionary of Theology (Downers Grove, IL: InterVarsity Press, 2000), p. 379.
2. In Institutes of the Christian Religion, John Calvin distinguished three uses of the law: (1) to condemn sin (Inst. 2.7.6-9), (2) to restrain sin in society (Inst. 2.7.10-11), and (3) to instruct, in Calvin’s words, “the third and principle use” (Inst. 2.7.12-13).
Posted by Brian G. Hedges on Friday, June 27, 2014

A very good survey of the multi-textured nature of Scripture's teaching on this matter.

Much of these debates also seems to stem from an ignorance of history: we are not the first generation to be 'wrestling' with/about these tensions in imagery.