Pastors, Plagiarism, and a Plea for Charity 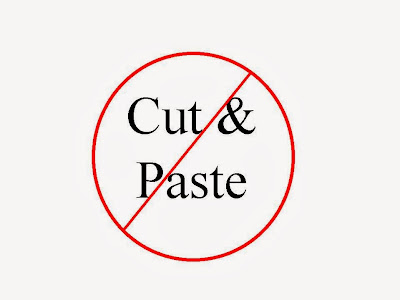 Ever since the Strange Fire conference and Mark Driscoll's tweets about having his books confiscated, the blogosphere has been ablaze with accusations. Things hit the fan after Janet Mefford's interview with Driscoll, in which she accused him of plagiarism in his latest book and then posted sections from his book along with pages from the books he allegedly stole from. Ms. Mefford has now offered a public apology for the way she handled this and has removed the interview with Driscoll and the documents on plagiarism from her website. Several other people have weighed in, but to my knowledge, no one has said something that I think ought to be said.

I don't know Mark Driscoll and certainly have no insight into his motives. But I think as believers we have a responsibility to assume the best of others when the accusations start flying. And while I don't know if this is the case or not, I think there is a very reasonable explanation for how content came to be published in Driscoll's books without direct attribution to original sources.

Pastors who preach regularly produce an enormous amount of content, long before any of it gets published. Some of this content is in the form of sermon manuscripts, sermon notes, and teaching notes. I have thousands of documents like this on my computer. Most of this content is prepared not for the eye, but the ear; not a reading audience, but a listening audience. Sometimes that content includes quotations from commentaries or other resources, which then gets paraphrased in a sermon. Sometimes this will include attribution to the original source, but sometimes a speaker will simply rephrase things he has learned in his study without boring the audience with a direct reference to every source he has used. My usual practice is to name someone when using a direct quotation. But in the course of study, I will sometimes read as many as four or five commentaries, scan several sermon manuscripts from well-respected authors, and refer to several books that somehow relate to the main themes of my message. The final product is my own and on the very rare occasions that I borrow or adapt someone else's outline, I'm careful to say so. But I never name every single source I've used in any given sermon. It would be unbearably tedious if I did.

Now, I'm not a famous preacher or author, and have only written three books, one of which is yet to be released. I don't have someone to help me transition sermon material to written material and I use very detailed notes when I preach. So when I'm writing, it's fairly easy to track down original sources and give proper documentation.

But change this scenario. What if a busy and popular pastor with years of accumulated content finds that he has a market for books? And what if he has one or more assistants who take the content of his sermons (some written in the form of sermon notes and some transcribed from audio recordings) and reshapes this content into manuscript form for a book? It's no stretch at all to see how content could slip into the book that was originally in a sermon manuscript without documentation.

Several years ago I actually noticed this when reading a commentary from one of my favorite authors. As it happened I was also reading one of the commentaries this author had used and found direct borrowing by the first author from the second author without attribution. (I'm not naming either one, because I don't want to start yet another internet scandal about a pastor guilty of plagiarism! So, don't ask.) But I don't for a moment think that this pastor was guilty of plagiarism. What probably happened is that his commentary was based on a transcribed sermon that included references from his preaching notes. When he preached the sermon, he probably wasn't planning on publishing a book and probably paraphrased the quotation. And when an assistant took the transcribed message and put it into book form, having not read the commentary the pastor was borrowing from, he probably didn't catch it. My guess is that something very much like this happened with Driscoll, particularly in his borrowing from a well-known commentary.

This isn't to say that pastors who are also writers should do this deliberately. I agree that we need to be careful with documentation. There are certain standards and expectations about how to use another person's material in published writing. But I still think the Christian community needs to slow down and try to understand how something like this could happen unintentionally and without deceptive intentions.

Finally, I thought it would be worth sharing an amusing anecdote that Martyn Lloyd-Jones shared about Spurgeon. This is from his book Preaching and Preachers:

There is, for example, the famous story about Spurgeon and one of the students in his college that was brought to him to be reprimanded on one occasion. This was the story. This young man had been preaching in different churches on Sundays, and reports concerning his preaching had been coming back to the college. Some said that his preaching was very good, but adverse criticisms began to come in to the effect that this young man was repeatedly preaching a sermon of Mr. Spurgeon’s. The Principal of the college had of course to deal with this; so he sent for the young man. He said to him, ‘I hear that you are going round and preaching one of Mr. Spurgeon’s sermons. Is this true?’ The young man replied, ‘No, sir, it is not true.’ The Principal pressed him but he still persisted in saying that it was not true. This went on for some time so at last the Principal felt that the only thing to do was to take the young man to Mr. Spurgeon himself. So they went together and the case was put before Mr. Spurgeon. ‘Well now,’ said Mr. Spurgeon, ‘you need not be frightened. If you are honest you will not be punished. We are all sinners, but we do want to get at the facts. You have been preaching a sermon on such and such a text?’ ‘Yes, sir.’ ‘And you have divided up the subject as follows?’ ‘Yes, sir.’ ‘And you say that you have not been preaching my sermon?’ ‘That is so, sir.’

This questioning went for some time, until at last Mr. Spurgeon was beginning to feel somewhat impatient; so he said to the young man, ‘Well, are you saying, then, that it is your sermon?’ ‘Oh no, sir’ said the young man. ‘Well, then, whose sermon is it?’ ‘It is a sermon of William Jay of Bath, sir,’ said the student. Jay was a famous preacher in Bath in the early part of the last century and some of his sermons had been printed in two volumes. ‘Wait a minute,’ said Spurgeon, and turning to his library, he pulled out one of the volumes and there was the sermon, the exact sermon—the same text, the same headings, the same everything!  The fact was that Mr. Spurgeon had also preached William Jay’s sermon and had actually put it into print with other sermons of his. Mr. Spurgeon’s only explanation was that it was many years since he had read the two volumes of Jay’s sermons and that he had forgotten all about it. He could say quite honestly that he was not aware of the fact that when he had preached that sermon he was preaching one of the sermons of William Jay. It had registered unconsciously in his memory. The student was absolved of the charge of preaching one of Mr. Spurgeon’s sermons, but was still guilty of theft! (Lloyd-Jones, D. Martyn, Preaching and Preachers, Zondervan. Kindle Edition, p. 308).

I think this story is both funny and also a good reminder of the frailty of even the best of men. That's one reason why I think a strong dose of charity and a willingness to assume the best of people is desperately needed, especially in a time such as ours where gossip and slander can become viral in a matter of minutes.
Posted by Brian G. Hedges on Thursday, December 05, 2013

The mechanism you propose is quite plausible, but I don't think that it removes the culpability.

The standards change when moving for oral to print, and particularly when done as a commercial venture.

I think your point is valid here that Driscoll is far from alone or unique in this happening. Still, I think there is some collective shame here: instead of getting into a finger-pointing fight, with the exercise of some humility by all parties, this could have been an opportunity to have a discussion of (1) how we got here and (2) a better way forward.

That seems right to me as well