My Observations from The Elephant Room 2 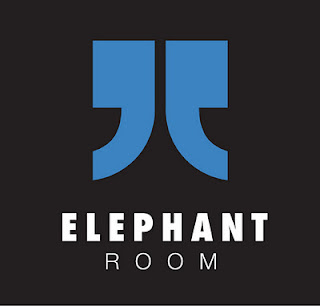 Yesterday I attended one of the simulcasts for The Elephant Room Round 2, the roundtable discussion hosted by James MacDonald with panelists Mark Driscoll, Jack Graham, Wayne Cordeiro, Crawford Loritts, Steven Furtick, and T. D. Jakes. MacDonald’s decision to invite T. D. Jakes was, of course, controversial, and many of us wondered whether the real elephant in the room, Jakes’ stance on the doctrine of the Trinity, would be clarified and addressed. MacDonald’s resignation from The Gospel Coalition earlier this week just seemed to heighten the tension (at least it did in my admittedly Reformed mind). No one has done a better job at blogging the entire event than Trevin Wax, so I will spare my readers another thorough recount of the day. Instead, I thought I’d offer my observations for those twenty or thirty of you who happen to be interested in what I think.

First, starting with the positive, there was much to appreciate in this year’s Elephant Room discussion. The seasoned wisdom about holy living from Crawford Loritts, the practical advice about ministry burnout from Wayne Cordeiro, the thoughtful discussion on denominations and missions from Mark Driscoll and Jack Graham, the transparency and humility of Steven Furtick, and the insightful comments about racism from T. D. Jakes were commendable, encouraging, and refreshing. The discussion throughout was winsome and enjoyable. I can honestly say that I walked away liking all of these guys even more than when I came.

My Resonance with and Respect for James MacDonald

Second, I found myself resonating with MacDonald in certain ways. In session 7, “We Can Work it Out,” MacDonald recounted the story of how and why he has broadened his associations, starting with getting to know Bill Hybels and then Driscoll and Furtick. MacDonald said the result of these experiences was not a change in his convictions, but in his tone. He began to question the fundamentalist dispositions he had been raised with and had carried for much of his ministry. And this eventually led to The Elephant Room. I’m sympathetic with much of what MacDonald said here.

Frankly, I admire the man for his courage. As Driscoll said in one of the funniest lines of the day, MacDonald is like a pinata at Cinco de Mayo! He’s really taken a beating for these moves. Further, I appreciate his willingness to sit around a table for honest and open dialogue. There is something right about being more cautious in making assumptions about people we don’t know and about being slow to divide over secondary doctrinal issues. While MacDonald was speaking I thought of the character from Bunyan’s Pilgrim’s Progress, “Mr. Greatheart.” It seems to me that this designation fits MacDonald in certain respects and I commend that. It’s the same spirit of collaboration that I’ve seen in John Piper in inviting Mark Driscoll and Rick Warren to his conferences. And it seems to me that we could do with more of that. (I will, however, state my caveats about this below).

Jakes on the Trinity and a Fist-bump

Third, I was glad to see Mark Driscoll (almost singlehandedly) take on theology with T. D. Jakes. While affirming that there is mystery in the nature of God, Driscoll asked Jakes whether he viewed God as “manifesting Himself successfully in three ways” or as “one God existing eternally in three persons”? Jakes said that the latter position is where he stands today – One God, Three Persons. But then he said he that is not crazy about the word “persons” and quoted 1 Timothy 3:16 to defend the use of the word “manifest.” In what followed, it seemed to me that Jakes played the mystery card (God is a mystery, so we can’t be precise), the label card (why do we have to accept theological labels?), and the unity card (Jesus prayed that we would all be one), rather than give further clarity on his position. (I’m not giving direct quotes, but this was the impression I walked away with).

Driscoll also grilled Jakes with six or seven yes/no theological questions. Jakes affirmed the infallibility of Scripture, that God is Three Persons, that Jesus is both fully God and fully man, that Jesus died on the cross for our sins, rose from the dead, and is coming again, and that there is no salvation apart from Jesus. This earned Jakes a fist-bump from Driscoll, and after that, all explicitly theological discussion came to an end. So, I really appreciated Driscoll’s willingness to push as much as he did, but I also was left with the desire to hear more. Does Jakes actually renounce modalism? Has he changed his theology? What about the deity and personhood of the Holy Spirit? Would he affirm that God exists as one being in three co-equal and co-eternal persons, thus ruling out not only modalism but subordinationism? And then what about other doctrinal issues with Jakes? While I'm glad that Jakes made the affirmations he did, it seems that much was left unsaid.

This leads to my fourth observation. In my opinion, what was really missing from this panel was a theologian. I don’t mean to imply that MacDonald, Driscoll, and the rest are not theologians in any sense. Certainly they, like me, are pastors who care about theology. But I wish there could have been a trained and seasoned theologian at the table, a scholar like D. A. Carson, R. C. Sproul, or Michael Horton. There were, without doubt, good and faithful men at the table. I do not mean to denigrate them in any way. There was much wisdom in what they shared and they all displayed admirable humility. But I wanted someone to be present who was firmly (and humbly) holding the line, who wasn’t afraid of tension, who knew the long and troubled history of heresy in the church and could press for more clarity with gentle boldness.

Instead, it seemed like the rest of the discussion, inasmuch as it touched on issues of doctrinal fidelity, took on a tone of mutual affirmation among the panelists along with a certain degree of poo-pooing the desire for further clarity or certainty regarding doctrine. For example, while MacDonald affirmed that “the issue of the Trinity is not a small thing. It is central to Christianity and a pillar of orthodoxy,” he followed this by saying, “However, when a man confesses his trinitarianism, and people say, ‘Is he trinitarian enough?’ That’s when we need to turn down the rhetoric and let a man’s confession and fruitfulness speak for itself.”

But are all the questions really answered in ten minutes of dialogue? Isn’t it at least worth asking whether there is agreement or disagreement with the particular nuances of the creedal affirmations of the church? I know the creeds are not Scripture. But they were hammered out on the anvil of Scripture by faithful men who wrestled with these doctrines, not just for a few hours (much less minutes) but for weeks and months and years. I wish someone would have pulled out The Athanasian Creed, read it, and asked Jakes point-blank: “Do you fully affirm this? Is there anything in this that you disagree with?”

And that brings me back to my caveats about observation #2 above. I really do appreciate MacDonald’s desire to affirm brothers in Christ who disagree about secondary issues. I resonate with that. I try to extend the love of Christ to brothers and sisters who disagree with me about many, many things that I deem to be of secondary importance. I affirm that there are many believers who disagree with me about baptism, church polity, eschatology, spiritual gifts, gender roles, and Reformed soteriology. I agree with Driscoll's analogy about the difference between national and state borders. As we can live in different states, while all being citizens of one nation, so genuine believers who belong to Christ may inhabit different denominations and disagree on secondary issues. So, when men like MacDonald and Driscoll and Loritts sound that note, I want to say “Amen.”

I want to conclude this post, or rant, or whatever you want to call it, with a quotation from a great Trinitarian theologian whose excellent book on the Trinity deserves a much wider reading in the church today. This comes from Fred Sanders who warns of the danger of erring in our Trinitarian formulations in two ways. On one hand, we shouldn’t go beyond what God has revealed. But, neither should we fail to receive all that God has made known. 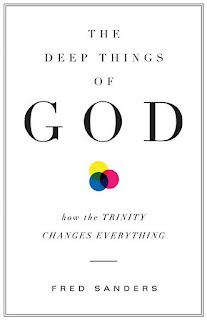 “The doctrine of the Trinity is not something we have learned from general logical principles, from natural revelation, or from common sense. It is a truth about God that is only made known by special revelation. As a result, Trinitarian theology needs to handle its knowledge in a particularly careful way. Above all, the doctrine of the Trinity should not be stated in a way that goes one step beyond what God has revealed. The secret things belong to the Lord! Evangelical Protestants are likely to be good guardians of that boundary line. But there is another boundary line marking off the opposite error: we should also take pains to ensure that we make the most of everything that has been revealed. Trinitarian information is a precious theological commodity, and we should never be found falling short of receiving what God has made known.” (The Deep Things of God: How the Trinity Changes Everything, Crossway, pp. 92-93).

In my judgment, the Elephant Room erred in the second way. Pains were not taken to ensure that each person at the table was making the most of everything that has been revealed in Scripture about the triune nature of God. The gospel has a Trinitarian shape and we cannot guard the gospel without guarding the doctrine of the Trinity. I hope that round table discussions like The Elephant Room will continue to happen. I'm glad MacDonald initiated it and hope others will do the same. But I also hope that future participants will work harder to safeguard the "theological commodity" of the gospel.
Posted by Brian G. Hedges on Thursday, January 26, 2012

I happened upon your review through #elephantroom on twitter. Good stuff, I thought. I would have liked to have seen Jakes also taken to task on the prosperity gospel and his association with TBN. I think I realized though and I try to be thoughtfully careful and unjudgemental, which, I suppose, is a way of saying I'm going to do it anyway. Lol. It's fairly likely that the men in the room are quite well off from their ministries so there probably wasn't much to be said. From Jakes millions to MacDonald's two million dollar house. It seemed to be a bit of the elephant in the room.

A well done blog. I saw the link on Twitter, and found it to be quite insightful.

Do you think TD Jakes knows what modalism means?

While there are things to admire about the man and his ministry, theological depth is probably not one of them.

I don't mean this as a criticism but more as an semi-informed observer.