Bridge-Building, Homosexuality, and the Christian Body 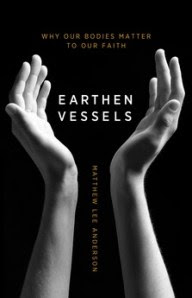 One of the best new titles I’ve seen this year is Matthew Lee Anderson’s Earthen Vessels: Why Our Bodies Matter to Our Faith, a well-researched, thoughtfully-written treatment on embodied faith. I was so excited about this book that I ordered copies for our elder team and our church’s book table. Matt invited me to be a part of the Earthen Vessels Symposium, a series of blog posts intended to further the conversation started in Earthen Vessels, and asked me to take chapter 8, “Homosexuality and the Christian Body.”

My thoughts about homosexuality reflect the vantage point of a pastor. This isn’t primarily a theoretical or political issue for me. I see the faces of individuals whom I know and love. I have known numerous friends and acquaintances, both Christian and non-Christian, who either struggled with same-sex attraction or were openly gay or lesbian. I know people who have wrestled with the dynamics of being in a family with a loved one who practices homosexuality. These are real situations marked by much psychological complexity and relational pain. Matt understands this complexity and his survey of the landscape of Christian public discourse about homosexuality and his succinct summary of the most critical questions displays a rare combination of sensitivity, compassion, and biblical faithfulness.

Reading this chapter reminded me of John Stott’s classic book on preaching, Between Two Worlds, where Stott suggests the metaphor of bridge-building as an illustration of the essential nature of preaching. Stott chose this image because he knew that preaching involves not just faithful exegesis and exposition of biblical texts but “the conveying of a God-given message to living people who need to hear it,” and because he recognized the chasm of a “deep rift between the biblical world and the modern world.” The temptation for the preacher, of course, is to short-circuit communication by failing to connect the “bridge” of communication to either of the sides of the chasm. Stott skewered both conservatives and liberals for this failure: the former because they were “biblical but not contemporary” and the latter because they were “contemporary but not biblical.”

I find that metaphor helpful here and think it summarizes well what Matt attempts to do in this chapter. On one hand, he affirms the need to speak about homosexuality with submission to the authority of Scripture and to align our thinking and practice with its ethical norms. (If we don’t consciously submit to Scripture, then some other authority – most often experience – will fill the lacuna.) But on the other hand, all of our discourse (both public and private, to both Christians and non-Christians, with both those who struggle and those who don’t) must be seasoned with sensitivity to the complexities of same-sex attraction, homosexual orientation, and gay identity (three related, but separate issues, not to be conflated), and compassion for those who struggle.

Unfortunately, the church has often failed to strike this balance. While older evangelicals have held the line on saying that homosexual practice is sinful, they’ve often not been charitable in public discourse or hospitable to fellow-believers who personally wrestle with these issues in their own lives. Younger evangelicals have reframed the conversation in terms of personal friendships and the power of the gospel to touch the sexually marginalized. But, as Matt rightly affirms, we must not forget that the gospel “transforms each of us into the image of Jesus, a transformation that reaches down and reworks every aspect of our humanity, including our sexual lives and practices” (p. 143).

At least one reason for the failure, as Matt observes, is our deficient theology of the body. “Here, perhaps more than any other issue, evangelical inattention to the body has left us woefully underprepared to understand and respond to this question with grace” (141). One manifestation of this inattention is seen in our capitulation to the culture’s language of “sexual identity,” which “glorifies sexual expression by establishing it as necessary to our humanity” (146). But the gospel establishes identity by another route: first, in our common humanity as creatures who bear the imago Dei; second, in our common fallen condition as rebels who have fallen short of the glory of God; and third, in “the good news…that our relationship with God himself determines our fundamental identity as humans—not our sexual desires or actions” (145). By relocating our identities in the gospel story we reposition the questions of human sexuality within the framework of creation, fall, and redemption.

This, of course, still leaves some of the most pressing questions unanswered. Acknowledging the importance of inquiry regarding causal factors of same-sex attraction for pastoral concerns, Matt suggests that “the more important questions are (1) whether same-sex attraction can be incorporated into Christian ethics without alteration, (2) how those Christians with same-sex desires can bear faithful witness to the gospel, and (3) how the church can incorporate those with same-sex attraction into its midst in a way that faithfully submits to the authority of Scripture” (149, numbers mine). And, while affirming both that “the gospel is good news for those with same-sex desires, just as it is good news for those who are addicted to masturbation or who have committed adultery or who have in any way put their own interests above those of their spouse” (158) and that “voluntary celibacy and heterosexual marriage are the two patterns of sexual expression that Scripture reveals” (159), Matt also displays intuitive awareness of the complexities of these questions and wisely avoids offering quick and easy answers.

But he does point the way forward by highlighting the importance of community, reminding us that “sexual purity is a communal concern within the church because what each person does with their body affects everyone else” (155). Nothing is more personal to us than our sexuality, but Scripture won’t allow us to remain individualistic in our sexual ethics. What we do with our bodies affects others. Our bodily practices happen within the context of the Body of Christ. “It is precisely the church’s obligation to discern how the gap between our lives now – sexual or otherwise – and the life to which we are called can be lessened” (158).

And this is to our benefit. As a pastor, I get a front-row seat to both the paralyzing effects of sexual struggles kept secret and the freedom that comes from honest disclosure in the context of compassionate love, gospel hope, and mutual submission to God's sanctifying, healing Word. To quote Matt once more, “sanctification is a community concern, for it is a matter of retelling the story of the gospel to each other and reminding one another of the holiness and purity to which we are called in grace” (159). Amen. The work ahead of us, then, seems to be in building the kinds of communities where this kind of gospel “one-anothering” happens both naturally and regularly for all who long for the redemptive and transforming grace of Christ and his Spirit.
Posted by Brian G. Hedges on Thursday, November 17, 2011