Jonathan Edwards on the Perseverance of the Saints

Here are several quotations from The Works of Jonathan Edwards, Volume 2, on the perseverance of the saints: 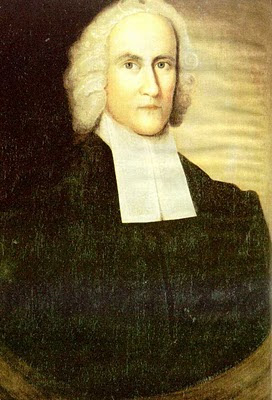 "God, when he had laid out himself to glorify his mercy and grace in the redemption of poor fallen men, did not see meet, that those who are redeemed by Christ, should be redeemed so imperfectly, as still to have the work of perseverance left in their own hands." - p. 596

"There is just the same reason for those commands of earnest care and laborious endeavors for perseverance . . . notwithstanding its being certain that all that have true grace shall persevere, as there is for earnest endeavors after godliness, and to make our calling and election sure, notwithstanding all that are elected shall undoubtedly be saved. . . . they that will not live godly lives, find out for themselves that they are not elected; they that will live godly lives, have found out for themselves that they are elected. So it is here: he that to his utmost endeavors to persevere in ways of obedience, finds out that his obedience and righteousness are true; and he that does not, discovers that his is false." p. 596

"That the saints should be earnestly exhorted and pressed to care and caution, and earnest endeavours to persevere, is most reasonable; and it cannot be otherwise, notwithstanding their having an absolute, unchangeable promise, that they shall persevere. For still perseverance is their duty, and what they are to do in obedience to God. For that is the notion of perseverance, their holding out in the way of God's commandments. But if it were absurd to command them to persevere, as the work they have to do, then how would they do it in obedience to him? The angels in heaven are confirmed, and it is promised unto them that they never shall sin: yet it is proper for God to give them commands, though in so doing he requires the improvement of their care and endeavours to obey and fulfill his will exactly. It is not obedience, if they do not care and endeavour to obey. If they should cease to take care, that very thing would prove their fall. So, in this case, if Christians cease to take care to persevere, that very thing is falling away." - p. 600
Posted by Brian G. Hedges on Saturday, August 21, 2010