C. S. Lewis on the Headship of Husbands 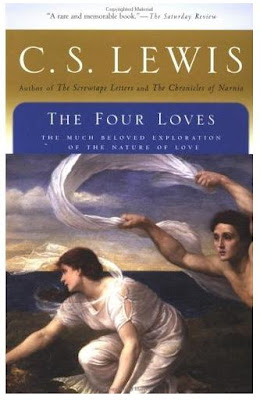 "The Christian law has crowned [man] in the permanent relationship of marriage, bestowing – or should I say, inflicting? – a certain ‘headship’ on him. This is a very different coronation. And as we could easily take the very natural mystery too seriously, so we might take the Christian mystery not seriously enough. Christian writers (notably Milton) have sometimes spoken of the husband’s headship with a complacency to make the blood run cold. We must go back to our Bibles. The husband is the head of the wife just in so far as he is to her what Christ is to the Church. He is to love her as Christ loved the church – read on – and gave his life for her (Eph. V, 25). This headship, then, is most fully embodied not in the husband we should all wish to be but in him whose marriage is most like a crucifixion; whose wife receives most and gives least, is most unworthy of him, is – in her own mere nature – least lovable. For the Church has no beauty but what the Bride-groom gives her; he does not find, but makes her, lovely. The chrism of this terrible coronation is to be seen not in the joys of any man’s marriage of a good wife or the faults of a bad one, in his unwearying (never paraded) care or his inexhaustible forgiveness: forgiveness, not acquiescence. As Christ sees in the flawed, proud, fanatical or lukewarm Church on earth that Bride who will one day be without spot or wrinkle, and labours to produce the latter, so the husband whose headship is Christ-like (and he is allowed no other sort) never despairs.” C. S. Lewis, The Four Loves, p. 105-106.
Posted by Brian G. Hedges on Friday, July 30, 2010