The Ticking Time Bomb of Romans 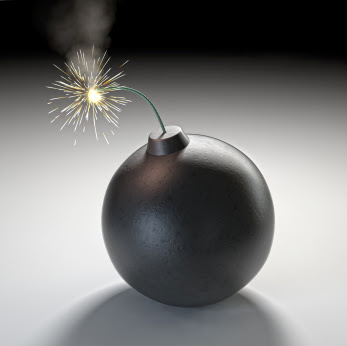 The scene is a garden in the city of Milan. It’s the summer of 386 AD and an African teacher of rhetoric with a sex addiction and a troubled conscience hears a child say, “Take and read.” He picks up a book, he reads it, and is irreversibly changed. For the next several decades he will teach, preach, and write books that will shape Western civilization for the next 1500 years.

The University of Wittenburg, 1517. A German theology professor is haunted by the thoughts of God’s justice and judgment. Rather than loving God, he hates him. Until he wrestles with the text of Scripture and freshly discovers the gospel of grace in the doctrine of justification by faith alone. He is born again and before he knows it unwittingly launches the Protestant Reformation.

Aldersgate Street, London, May 1738. A deeply religious but unhappy and unsuccessful evangelist attends a meeting where someone reads Luther’s preface to the book of Romans. His heart is “strangely warmed” as he trusts in Christ alone for salvation. He becomes one of the main catalysts to revival and spiritual awakening in England, a movement that results in widespread social reform over the next 100 years.

Augustine, Luther, Wesley. An immoral teacher, a tormented professor, a miserable evangelist. Three men in three different centuries. Each one was deeply transformed through a fresh understanding of the gospel. Each one, in different ways, sparked a gospel renewal movement that spread like wildfire.

And each one was fueled by Paul’s letter to the Romans.

Have you read it lately?

As the provocative author Robert Capon once wrote,

The Epistle to the Romans has sat around in the church since the first century like a bomb ticking away the death of religion; and every time it’s been picked up, the ear-splitting freedom in it has gone off with a roar.

The only sad thing is that the church as an institution has spent most of its time playing bomb squad and trying to defuse it. For your comfort, though, it can’t be done. Your freedom remains as close to your life as Jesus and as available to your understanding as the nearest copy. Like Augustine, therefore,tolle lege, take and read: tolle the one, lege the other–and then hold onto your hat. Compared to that explosion, the clap of doom sounds like a cap pistol. (Robert Farrar Capon, Between Noon and Three: Romance, Law,and the Outrage of Grace, p. 287)

And what better way to celebrate Reformation Day than by reading Romans?
Posted by Brian G. Hedges on Thursday, October 31, 2013