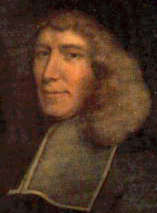 John Owen has been called "the prince of the Puritans." He is also a prince among theologians in general. He was amazingly productive in his pilgrimage on earth from 1616 to 1683. Not a whole lot is known about his life because none of his diaries and few of his letters remain. (For a brief, but edifying overview of his life, see Piper's biography). But he left 24 volumes of writings! These break down into various doctrinal treatises, sermons, controversial writings, and 7 volumes of exposition and commentary on the Letter to the Hebrews.

My first exposure to Owen was his polemic against general atonement and Arminianism called The Death of Death in the Death of Christ. It is not Owen's best book and it took me a long time to read. I've never felt constrained to go back to it (though someday I may). Owen's exegesis is forced by his logic in some places and it is not one of his most mature writings (he was only 31 when he wrote it!). As an aside, J. I. Packer's introduction to Owen's treatise is very good. His articulation of just what historical Calvinism teaches and why, and his answers to the most common objections to it, are well worth pondering. But back to Owen.

Much of my other reading of Owen has been sporadic and incomplete. I did read his famous book on Mortification of Sin maybe eight years ago. It is short and worth repeated readings. More on that in a minute. Six or seven years ago, I read through two-thirds of his Communion with God and a fair bit from his exposition of Psalm 130. I profited, but unfortunately never finished his books. But about three years ago I slowly worked through The Grace and Duty of Being Spiritually Minded (in volume 7 of his works). This is when I really began to discover the richness of Owen. At the end of the year I realized that it was the most spiritually helpful reading I had done that year. So I started reading more.

Since then I've read his treatise on temptation in volume 6, the "Puritan paperback" version of mortification (these are a great way to get at Owen without stripping the gears of your brain!). Then I then read Overcoming Sin and Temptation published by Crossway and edited by Justin Taylor and Kelly Kapic. This is really the full trilogy of Owen's books on mortification, temptation, and indwelling sin - all also in Volume 6 of Owen's works, but more helpfully organized, outlined, and annotated in Taylor/Kapic's version. This was my third reading through mortification (in some form), my second of temptation, and my first of indwelling sin.

Over the last few weeks I've been reading through Book IV in his mammoth work on the Holy Spirit (Volume 3). Book IV is specifically on the work of the Spirit in sanctification and helpfully distills a comprehensive theology of sanctification into about 200 pages. I'm probably 2/3 through.

That's the extent of my reading, so - as with Calvin - its fairly limited. There are fully 20 volumes that I've not even touched! But from my sampling of Owen, here's why I think he belongs in my little theologians hall of fame for dead guys whose first name is John.

Owen is the great theologian of pastoral theology. His mission in life was to cultivate holiness and communion with God in his own life and the lives of others. The writings that have most helped me have been those which explore the intricacies of the working of the Holy Spirit in the labrynth of the human heart. Owen, seems to me, to be an amazingly effective spiritual psychologist. His writings about forgiveness of sin, mortification of sin, pursuing holiness, cultivating communion with God, etc. penetrate to a deeper level than any thing I've ever read elsewhere outside Scripture.

Of course, books on forgiveness and holiness are in abundant supply. There are lots of great authors in the twentieth and twenty-first centuries who have given us great, short, readable books on holiness. J. I. Packer. Jerry Bridges. John Piper. Dallas Willard. Don Whitney. Make your list. Why go to a Puritan, and especially one as difficult as Owen?

Well, one reason is because most of the authors I've just named have been students of Owen themselves. If the streams in Packer and Bridges and Piper are sweet, why not go to the fountain?

But the other reason is this. Reading most modern authors on sanctification is like reading a home medical handbook while trying to diagnose one's own symptoms. What the handbook says is likely true. And it may be generally helpful. It may even go a really long way into setting you back on a course towards health. But reading Owen is like being thoroughly examined and studied for six hours by one of the top diagnosticians at the Mayo Clinic! When I read Owen I read the story of my heart's ills and find the cure - and I know I've found what I need. In Owen I encounter a wealth of biblical knowledge combined with extensive pastoral experience and uncanny psychological and spiritual insight into the human heart - into my heart.

That's why I keep going back to Owen. I just get so much help (and I need a lot!). I learn so much about spiritual reality. I discover God and I discover my own soul.

Someone has said that to read Owen's treatise on mortification is to go "under the knife." He is a skillful, if ruthless, soul surgeon. But I should also say that he is gospel saturated and Christ centered. To read Owen is to experience deep conviction. But it is also to discover great joy in Jesus. Owen said that there is no death of sin without the death of Christ and he sternly warned against legalistic and ascetic methods of mortification. Holiness, says Owen, is simply the writing of the gospel onto the soul. Only the Holy Spirit can make that imprint in our hearts and his primary instrument for doing so is his own Word. But Owen is a skillful interpreter and apply-er (is that a word?) of that Word. So, if you want to be holy and know deep communion with the Triune God, read Owen.
Posted by Brian G. Hedges on Friday, November 30, 2007

Interesting review. Piper has led me to Edwards, who is a challenging read for me but rewarding.
I always remember what Piper says about raking is easy but all you get is leaves. Digging is hard but you get diamonds.

Thanks. Owen's stuff has just been bumped up a few notches on my books to get list...