An Update on Life

Here's just a brief update on life in the Hedges household. 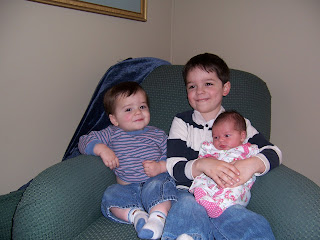 Family - Susannah is now sleeping through the night, usually six hours and sometimes up to eight! We are so glad to be getting back into good patterns of sleep. Matthew and Stephen are becoming buddies. It's a slow process, as Stephen is still learning how to share his toys. But the two boys spend a lot of time laughing and playing together. Meal times remain challenging - often with one kid crying or screaming, then another just as soon as the first one stops. Sometimes Holly and I just look at each other and laugh! Occasionally we get a night out together, which is always refreshing. I think we are both growing spiritually through the whole parenting thing - although, Holly is much further down the road in developing patience than I am!

Ministry - A recent growing experience was in walking with a lady from our church through much pain in suffering through the last weeks of her life. It was bitter-sweet. It was bitter to watch someone's body begin to shut down and the realization that death is imminent slowly dawn. It was sweet to be able to share the Word and pray with her and see her take hope in the promises of God and the Gospel. As I look around at the many gray heads in our church, I realize that I will probably bury most of these people. Again, the thought is bitter-sweet. The bitterness of death is lessened only by the hope of the Gospel.

Reading - My reading has kind of changed in the last couple of months. I've found myself going back to older books, rereading, and moving more slowly. My current big project is completing Calvin's Institutes of the Christian Religion. I'm only about 1/3 of the way through, and only get in it a couple of times a week. But it is rich reading, full of worshipful meditations on truth. I'm just now beginning the third book of the Institutes and expect to benefit from it much. The shorter, contemporary book I'm moving through is Phillip Yancey's Rumors of Another World. Yancey is becoming one of my favorite authors, simply because he is such a good writer. Sometimes I disagree with his theology, but he is very thought-provoking and this book has been nourishing to me. 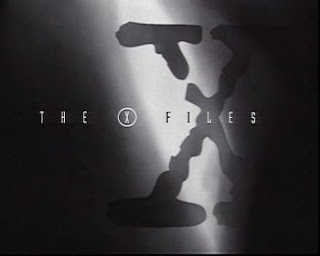 Fun stuff - A month or so ago I discovered The X-Files - a sci-fi TV show from the 90s. I had never seen even one episode (but did see the movie) and had never been that interested. But I thought I'd give it a try and have gotten hooked! What I learned is that there is a "mythological" arc to the X-Files that tells an overarching narrative about the government conspiracies surrounding extra terrestrials. These are undoubtedly the best episodes, as they also have the most character development. There were maybe six or seven of these a season. The other episodes were stand alone, "creature-feature" of the week stories, sometimes dabbling in more sinister and evil themes (serial killers, the occult, etc.). I don't care much for most of those and do not recommend them. Some things are too dark to be entertaining. But for science fiction fans, the mythological episodes (which have been packaged separately by Fox) are very good story telling! One of the most interesting things about The X-Files is seeing the clash of two world-views in the characters of Mulder and Scully. Mulder is the "believer" - the one who believes in aliens, the paranormal, the supernatural. Scully is a scientist and a skeptic. She's always looking for the more scientifically plausible explanation to things. Mulder is the postmodernist and Scully is the modernist, each one finding their assumptions and presuppositions constantly being challenged by the "facts."


So much for my life. Time to move on to other things now. Thanks for reading.
Posted by Brian G. Hedges on Wednesday, June 13, 2007