Reading Notes: John Owen on The Mortification of Sin (Part 6) 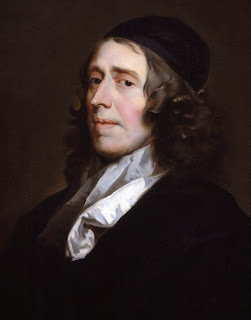 So, what is mortification? Owen answers in chapter six.

1. Mortification is the habitual weakening of sinful desire (he uses the word "lust" as a broad reference to sinful desires, not as a narrow reference to sexual desire, although illicit sexual desire would be included in the broad definition). Owen describes lust as that which "darkens the mind, extinguishes convictions, dethrones reason, interrupts the power and influences that resist it, and then breaks out into an open flame" (p. 33).

Perhaps one of the most striking passages in Owen's book is his comparison of the mortification of sinful desire to crucifixion (drawing from Gal. 5:24). He writes, "When a man is nailed to a cross, he at first struggles, strives, and cries out with great strength and might; but as his blood and spirits waste, his strivings are faint and seldom, his cries low and hoarse, and scarce to be heard. So when a man first determines to conquer a lust or sin, and to deal with it in earnest, it struggles with great violence to break loose; it cries with earnestness and impatience to be satisfied and relieved. By mortification, the blood and spirits of it are let out, it moves seldom and faintly, cries sparingly, and is scarce heard in the heart; it may sometimes have a dying pang that makes an appearance of great vigour and strength, but it is quickly over, especially if it is kept from considerable success" (p. 35).

Perhaps our greatest problem in dealing with sin is that we do not leave it on the cross! We take that which has been crucified and nurse it back to health, making short work of mortification and undoing what we have done in repentance.

2. Mortification also involves a constant battle against sin. This requires three things. (i) "We need to recognize the enemy we are dealing with and resolve that it is to be destroyed by all means possible" (p. 36). (ii) "We need to be intimately acquainted with the ways, wiles, methods, advantages, and occasions which give lust its success" (p. 37). And (iii) "we need to continue to attack our lusts daily with the spiritual weapons that are most detrimental to it" (p. 37). Simply put, this means we need to know our enemy (sin), know our selves, and know our weapons.

Regarding this self-knowledge, Owen counsels us that "one of the choicest and most important parts of spiritual wisdom is to find out the subtlleties, policies, and depths of any indwelling sin; to consider where its greatest strength lies - how it uses occasions, opportunities, and temptations to gain an advantage. We need to find out its pleas, pretences, and reasonings, and see what its strategies, disguises, and excuses are! We need to set the Spirit against the craft of the old man; to trace this serpent in all of its turning and windings, and bring its most secret tricks out into the open. We must learn to say, 'This is your usual method; I know what you are up to'" (p. 37)!

He also exhorts us that "even when we think that a lust is dead because it is quiet, we must labor to give it new wounds and new blows every day" (p. 37).

3. Finally, mortification involves a degree of success in the battle. "Frequent success against any lust strengthens us and gives the evidence of mortification. By success I do not mean a mere disappointment of sin, in that it is not put into practice. By success I mean gaining full victory over it and pursuing it for a complete conquest. For instance, when the heart at any time recognizes sin and temptation in action, seducing it and forming sinful imaginations to put the lust into practice, the heart must immediately see what is happening, bring the sin to the law of God and the love of Christ, condemn it, and follow it to execute it to the uttermost" (p. 38).
Posted by Brian G. Hedges on Friday, March 10, 2006

Brian. Love your posts on John Owen. Thanks for posting them. I'm going to add you blog url to my site. Hope that's OK. You've got some great links there. Keep up the good work. Jason